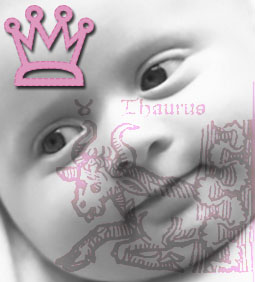 Royal Baby Watch – Can Astrology help us pick the birth date of Cambridge Baby No. 2?

Since the Duchess of Cambridge let slip that she is due ‘mid-end April,’   royal baby watch fever has well and truly begun to hot up to fever pitch.

Given that the royal pregnancy had to be announced early due to a second case of severe morning sickness, it has been difficult to guess exactly when Baby Cambridge was likely to arrive. However, in the wake of a remark by the Duchess on a recent official outing that she was due during the second half of April 2015, speculation as to the likely birth date has gone into overdrive.

For whatever reason, the newspapers seem to have latched onto the date of April the 25th, although Kensington Palace has made it clear that this will never be confirmed or denied by royal officials.

So, unless the Duchess is planning to be induced and the press have somehow got wind of the designated date for this event, the exact birth date is still very much open to conjecture. Let’s see if astrology can offer us any clues.

First of all, it looks as though this baby wants to be a Taurus like the Queen, given that the Sun has just ingressed into that assign on the 20th – just as well, because I think an earth Sun would fit better with the rest of the family unit, who are just about all water or earth signs – there isn’t a lot of fire in the royal family beyond Princess Anne and the late Princess Margaret, who were both born under the regal sign of Leo.

Beyond that, all we can do is look at dates that might have the signature for a birth, such as a major Moon phase – after all, the Duchess went into labour at the Full Moon last time, which has been thought to induce birth – or which are significant for the couple, such as their wedding anniversary.

Here are my top picks:

This date is interesting for a number of reasons. Firstly, the Moon will be conjunct Jupiter I Leo, which is perfect for dramatic announcements such as a royal birth. If Kate was born with Taurus rising, then Jupiter would also be the ruler of her 5th house cusp – the house of children, again reinforcing the idea of the birth of a prince or princess. Secondly, the Moon and Venus combine with Uranus over the course of the 26th and 27th to suggest a quick birth or surprise news surrounding the birth. Venus happens to be in Gemini, which might suggest the possibility of twins. Furthermore, fi we cast a chart for the time of the exact conjunction of the Moon and Jupiter, we get that very same Venus in Gemini on the Midheaven! That being said, I am not crazy about this as the chart for a royal prince or princess – we have the Sun in the 8th, which is not so great. Still, if this is a girls’ chart, then Venus on the Midheaven may be a nod to the late Princess Diana, who had Gemini as ruler of her Descendant at a very similar degree.

The date of Kate and William’s wedding anniversary, this would be a lovely way to close the circle of their relationship and complete their family unit. On this day, the Sun in Taurus, which is in the same degree as the Sun on the day of their wedding, is due to sextile Neptune in Pisces. Neptune rules the 9th house is in the wedding chart – the house of god, according to ancient astrologers – and the house most associated with spiritual fulfilment, meaning and expansion. What’s more; Jupiter in Leo is rising – what better symbol for the first appearance or birth of a royal could there be?!

The day of the Full Moon – and a month after the Libra Total Lunar Eclipse. As I have written elsewhere, the House of Windsor seems to have a strong connection to eclipses, so this date seems fitting for the birth of a Windsor. Furthermore, with the Moon Full, we have an echo of the day Prince George was born, which happened to be a Full Moon in Cancer – bringing the sign and planet of motherhood and birth together. This time round, the Full Moon falls in Scorpio. Both the Sun and Moon will be coming off of a T-square to Jupiter in Leo, which, in the Full Moon chart, happens to be in the 5th house of birth, which might suggest a difficult birth – will the child be very large? In this chart, Uranus is rising – as ruler of the 12th house of confinement and pregnancy, it might suggest a swift birth or the need for an emergency caesarean (Uranus is often associated with cutting).

Naturally, we could go on speculating until the cows come home, and let’s remember the stunning grand trine that looked like a sure thing for Prince George’s birth – until he decided to arrive two weeks’ late!

With this in mind, and given my positive experience using this technique last time, I have decided to cast a horary chart to see if we can get any clearer answers.

Horary Reading about the Birth

This is an interesting chart for a number of reasons. First of all, this is what horary astrologers would term a ‘third party’ chart, which essentially means that I am asking about a matter that concerns a person (Catherine, Duchess of Cambridge) that I have no relationship to.

As such, the Ascendant would signify me, the astrologer (Mercury in Taurus on the Midheaven) and Kate is signified by the ruler of the 7th house in Pisces, which makes Neptune in Pisces the signifier for her. Neptune also happens to be in the 7th house, which seems radical.

To find a signifier for the baby/birth, we should look to her 5th house, which is 5 house cusps from the 7th. This takes us to the 11th house – which just happens to be ruled by Cancer – and contains the Moon in Cancer within it! Talk about radical for birth and babies! So far, so good. This also means that Venus, ruler of the MC, signifies the birth itself as it is Kate’s 4th house of motherhood. I would read the Moon in Cancer as symbolic of the royal baby.

The chart seems very radical indeed when we consider the aspects of the signifiers. The Moon is moving from a sextile to the Sun, ruler of the 12th house (confinement/pregnancy) and the ultimate symbol of kingship and royalty, to a trine with Neptune, signifier of the Duchess. This simple perfection shows baby and mother coming together = birth!

Now, to answer some important questions.

Will there be twins?

The sex of the baby?

According to Derek Appleby, one must look to the AS, 5th house cusp and sign of the rulers to see what the average is in terms of polarity. In this chart:

All of this seems to be testimony for a girl…

Appleby says that for timing, one needs to look at the sign and house of the Moon to determine units of time to apply.

The Moon is the principal agent in timing. The length of time that will pass before a thing demanded will occur is calculated according to the quality of the house and sign occupied by the Moon, and the number of degrees distant she is from an aspect with the significator…Each degree of lunar motion equates with a day, week or year, according to…what is known as  – ‘The generally Accepted Measure of Time.’[i]

Now, the Moon’s applying aspect to Neptune is 4.25 degrees of orb away. According to the calculation, this means that the royal birth is 4+ weeks’ away! Is that possible? Well, if Prince George was two weeks’ late and if you consider that it is sometimes hard to determine exactly when a baby will arrive, perhaps it possible that he or she will arrive in May…

Still, given how close we are to the Duchess’ due date, perhaps we might consider this to be days, rather than weeks, in which case, Baby Cambridge is due to arrive on the 27th of April.

As the Duchess has said before, babies have their own timing, and so, despite all predictions, we will now just have to wait and see when he or she decides to grace us with his/her presence.

[i] Appleby, Horary Astrology. The Art of Astrological Divination, p. 77